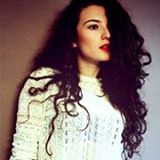 Much like Lithuania, Azerbaijan’s National Selection process, Böyük Səhnə, went for the long haul.  Ten weeks of casting shows and heats led to a three-person final, and even after a winner was declared, we still wait in a holding pattern for a song.  But the process was most definitely entertaining, with well-thought-out stagings and generally strong performances by the final three contenders: Khana Hasanova, Erkin Osmanli, and Dilara Kazimova.

Unlike most National Finals, there was no public vote incorporated into Böyük Səhnə.  A five-member jury (which included 2011 winner Eldar Gasimov and songwriter Stefan Örn, who co-wrote “Drip Drop”, “Running Scared”, and “When the Music Dies”) voted after each of the singers’ three performances, and when the totals were tallied, a winner was announced.

Coming in third place was Erkin Osmanli (who some of you might remember from my “If You Don’t Succeed” series), who performed a reprise of his original song “Girls, Girls, Girls“, John Newman’s “Love Me Again“, and “Letter to Brooke“, a potential ESC entry.

Taking the silver was Khana Hasanova, who performed Jennifer Lopez and Pitbull’s “Dance Again“, Snow Patrol’s “Run“, and “My Life“, her possible song for Copenhagen.

But winning the ticket to Denmark was 29-year-old Dilara Kazimova, who performed the Shirley Bassey evergreen “History Repeating“, Pharrell Williams’s “Happy“, and “Alone”, which is now in the running to be seen on the international stage.

In addition, Dilara and Erkin performed “Addicted” together, but it was not commented on by the jury.

This wasn’t Dilara’s first attempt at Eurovision, but it was her first try as a soloist.  As a member of the band Unformal, she took part in Azerbaijan’s first National Selection with “La La La” and “Little Muse“.  Two years later, as the lead singer of Milk and Kisses, she performed “Under My Skin“, “Cancelled“, and “Drip Drop“, but it was Safura who eventually went to Oslo.  Looks like it was third time lucky for Dilara!

We shall get confirmation of Azerbaijan’s song for Denmark on March 15.