I don’t know about all of you, but I’m still recovering from my post-Eurovision funk.  Coming down from the high that Düsseldorf provided is an arduous process, especially considering that ESC news goes so suddenly from a fire-hose to a trickle after the main event.  We’ve seen an occasional follow-up single (as I’ve highlighted in a few past entries), some speculation about who’s in and who’s out (still no confirmation on Armenia, as of right now, and it seems that both Morocco and the Czech Republic are still out for the moment), and fanciful rumors about our hosts in Azerbaijan (will a new venue be constructed in eight months, or will people just wise up and put a roof on the Tofiq Bahramov Stadium?), but little concrete news has been confirmed.

Until now, that is! 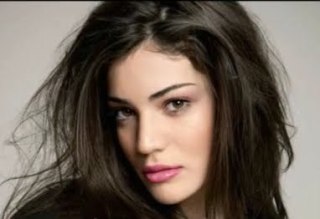 CyBC, the broadcaster from the island nation of Cyprus, has not only confirmed the country’s participation, but they’ve also given us our first official name for the event in Baku: 17-year-old “X-Factor” alumna Ivi Adamou.  (And yes, that’s the same series that brought us 2011 participants Loukas Giorkas, Kati Wolf, and Jedward, so take that as you will.)  Since Ivi’s appearances on the show back in 2009 and 2010, she has released 2 EPs, a full-length album and a handful of singles.  Here is a link to one of her more popular hits, “Sose Me (Save Me)“, and the video to her first single, “A*G*A*P*I (L*O*V*E)”:

More details are still to come from Cyprus, but it seems that a small National Final will be held around the New Year, with Ivi performing somewhere between three and five songs.

And for those of you who might be surprised that news is already coming in, just remember that the Netherlands confirmed the participation of the 3Js back in mid-July of 2010, and we knew Cyprus’s plans this early, as well.  So much for post-ESC Withdrawal!  Once more unto the breach, dear friends…